Local residents formed a bucket brigade to knock down a wildfire they found burning next to the Middle Tanana River near Nenana yesterday. Five residents, including a couple of men with past wildland firefighting experience, worked on the fire until an BLM Alaska Fire Service (BLM AFS) helicopter and Alaska Division of Forestry (DOF) firefighters could take over. They first tried using spruce boughs to beat the fire, but turned to using five-gallon buckets to haul water from the nearby river when the flames kept popping back up.

“They were able to keep it in check,” said Cameron Winfrey who is the acting Fire Management Officer for Fairbanks Area Forestry.

Local residents reported the fire at 6:42 p.m. They discovered the fire burning one mile west of Nenana after spotting the smoke. A BLM AFS aircraft and helicopter responded from Fairbanks to check it out. Three DOF firefighters drove an engine towing a metal boat they used to get to the fire. By the time firefighters got on scene, the Middle Nenana River Fire (#388) was about 100 feet by 50 feet in size and smoldering in white spruce and moss. The three firefighters got to work, relieving the five residents. The helicopter dumped eight buckets of water on the fire while the three firefighters set up a pump in the nearby river and used it to spray down the flames to successfully contain the fire. They worked late into the day and remained on the fire overnight. Five more DOF firefighters arrived today to work on the fire that is burning deep into the moss and root system. They will continue to mop it up over the next few days. 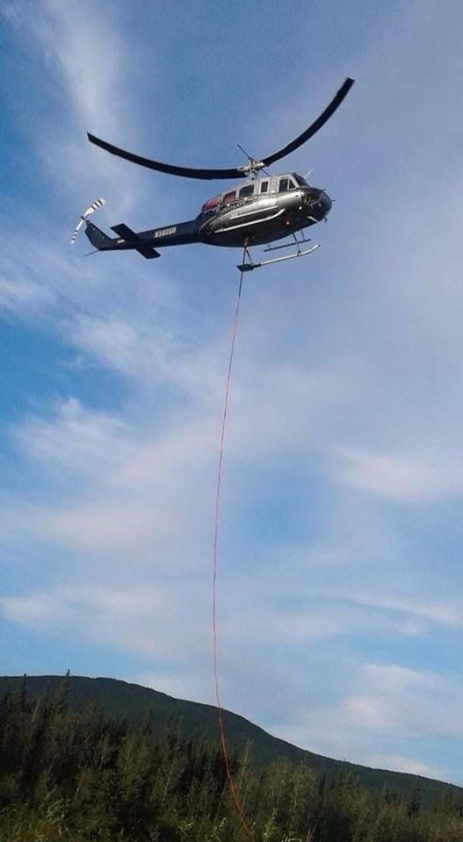